Why restoring America's Great Plains is a responsibility and opportunity. 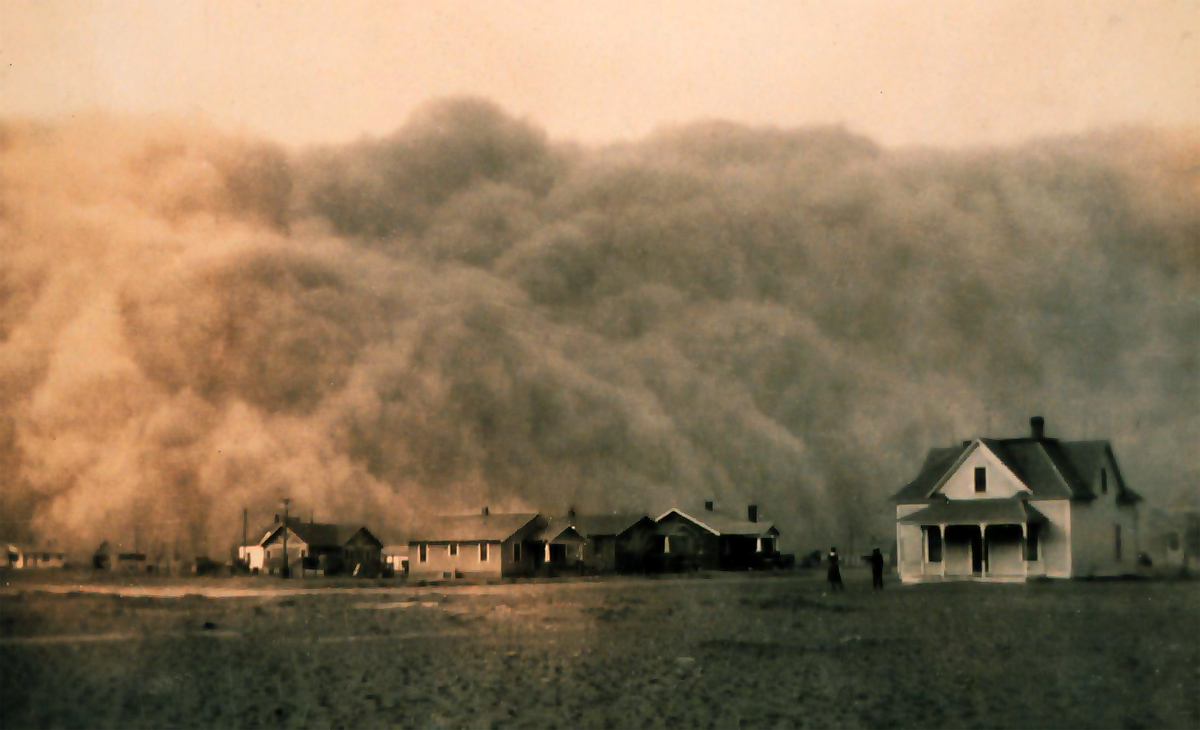 The 1930’s Dust Bowl was a manmade environmental catastrophe that greatly eroded sections of the Great Plains in the United States. An insufficient understanding of the Plains ecosystem led to extensive deep plowing of topsoil, displacing the native, deep-rooted grasses that normally trapped soil and moisture during periods of drought and high winds in order to grow large quantities of wheat to supply World War I.

During the drought of the 1930s, the unanchored soil turned to dust, which the strong winds blew away in huge clouds of dust named black blizzards. The drought and erosion caused by the Dust Bowl negatively affected over 100,000,000 acres of American land that continues to depreciate today. 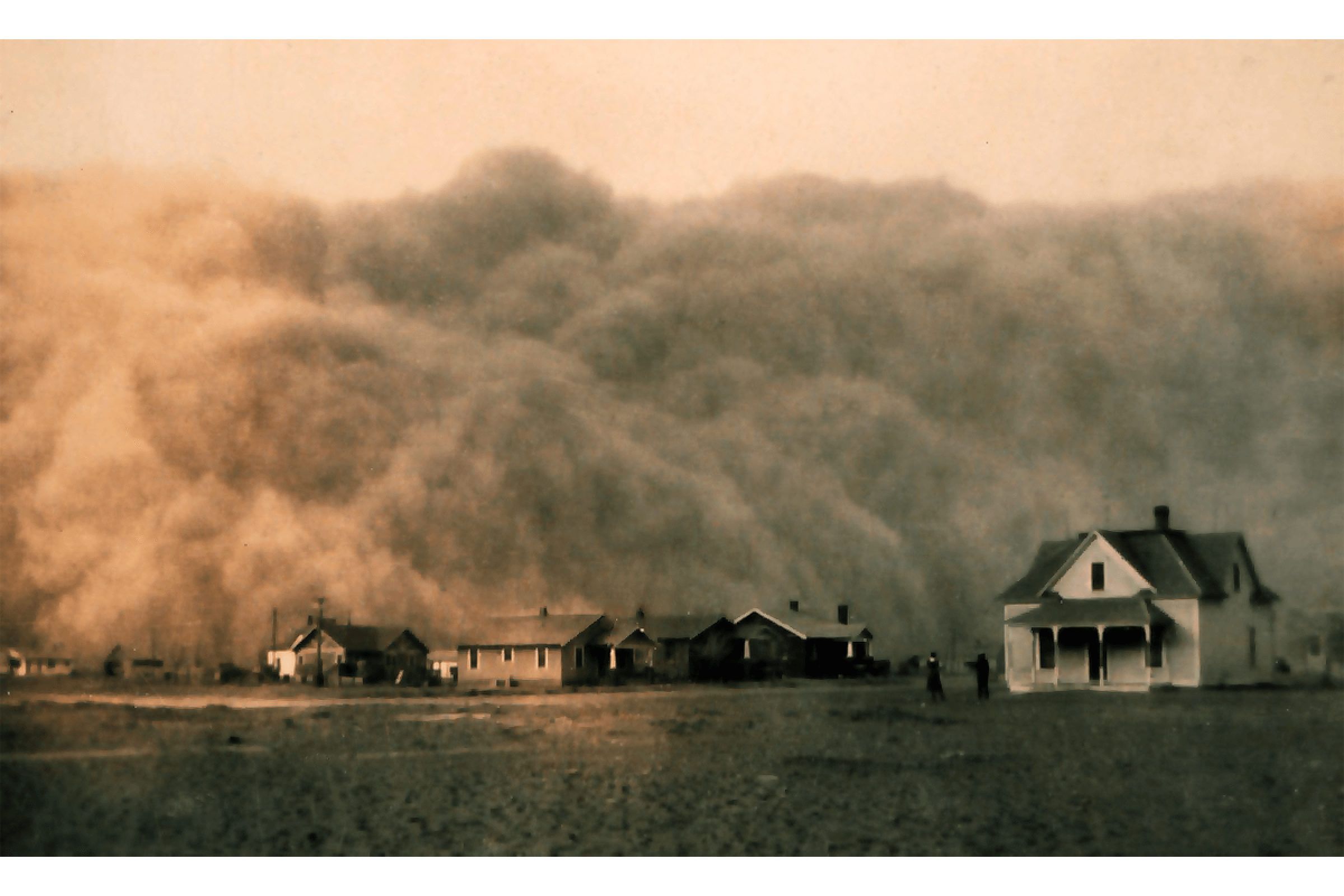 After the Depression, agricultural adjustments such as reallocating land from crops to livestock recovered little of the initial agricultural cost. The per-acre value of farmland declined by 28% and land value declined a total capitalized agricultural loss of $153 million in 1930 dollars. Yet over time, Trends in U.S. Farmland Values and Ownership have proven a more consistent investment than gold or stocks. 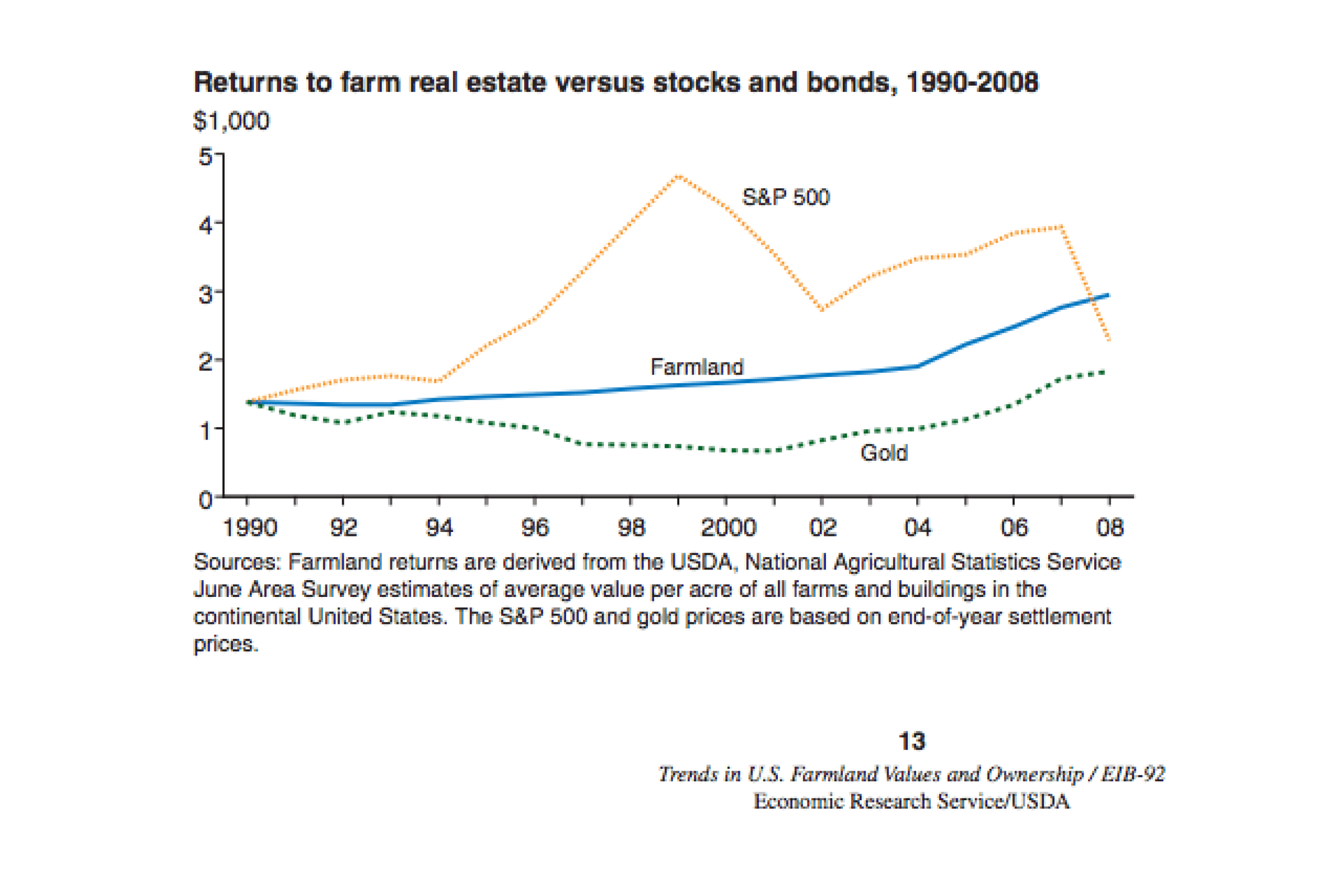 An alarming discovery from the USGS report Status and Trends of Land Change in the Great Plains of the United States from 1973 to 2000 shows history preparing to repeat itself, with the U.S. once again displacing large swaths of grasslands for agriculture. 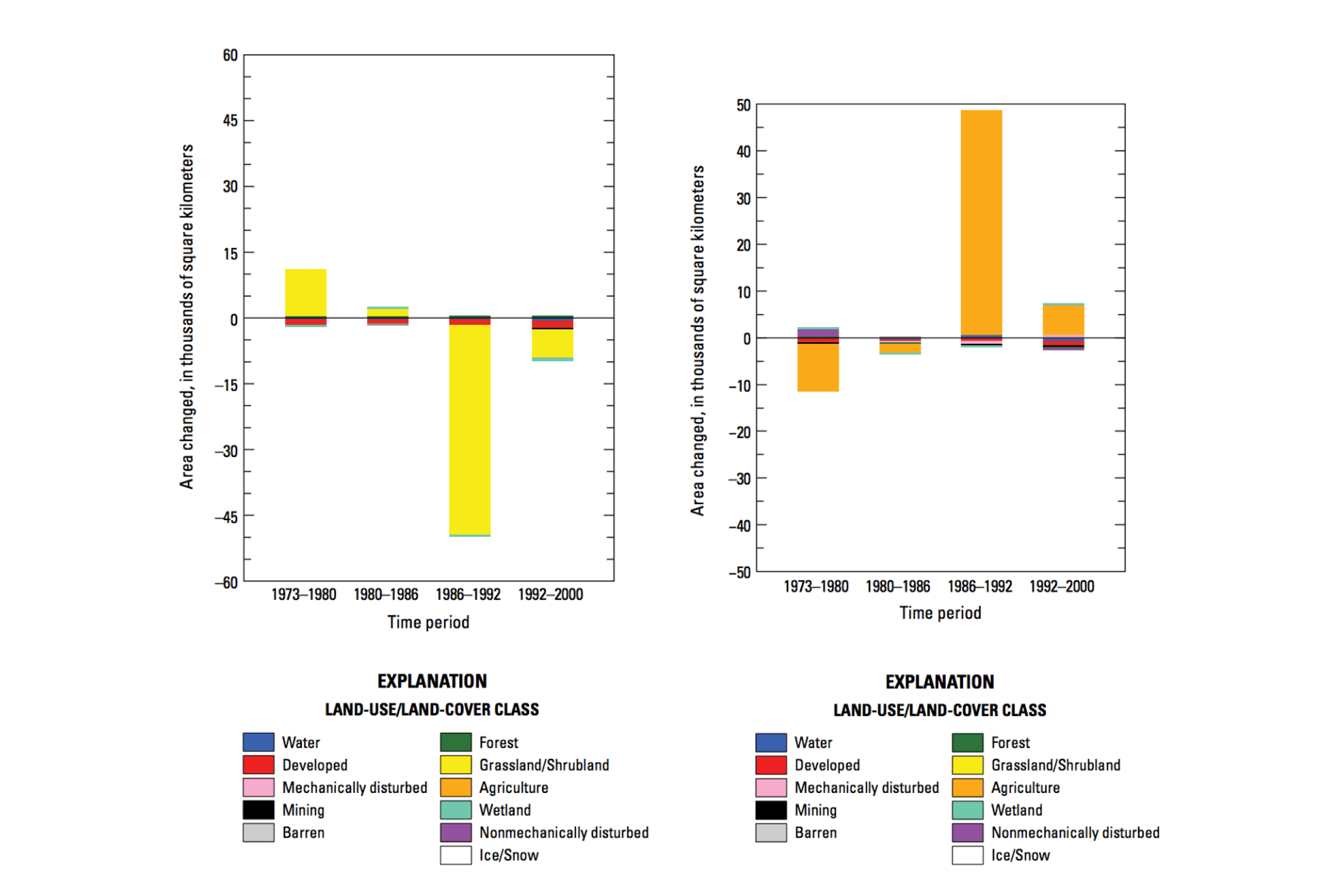 Topsoil remediation and a return to grasslands are urgently necessary to protect the plains and prevent another Dust Bowl in America.

The Great Plains is the broad expanse of flat land, much of it covered in prairie and grassland that lies west of the Mississippi River and east of the Rocky Mountains. This area covers parts, but not all, of the states of Colorado, Kansas, Montana, Nebraska, New Mexico, North Dakota, Oklahoma, South Dakota, Texas, and Wyoming. Native Americans have lived on the Great Plains for a long time, evidence suggests ~38,000 years. 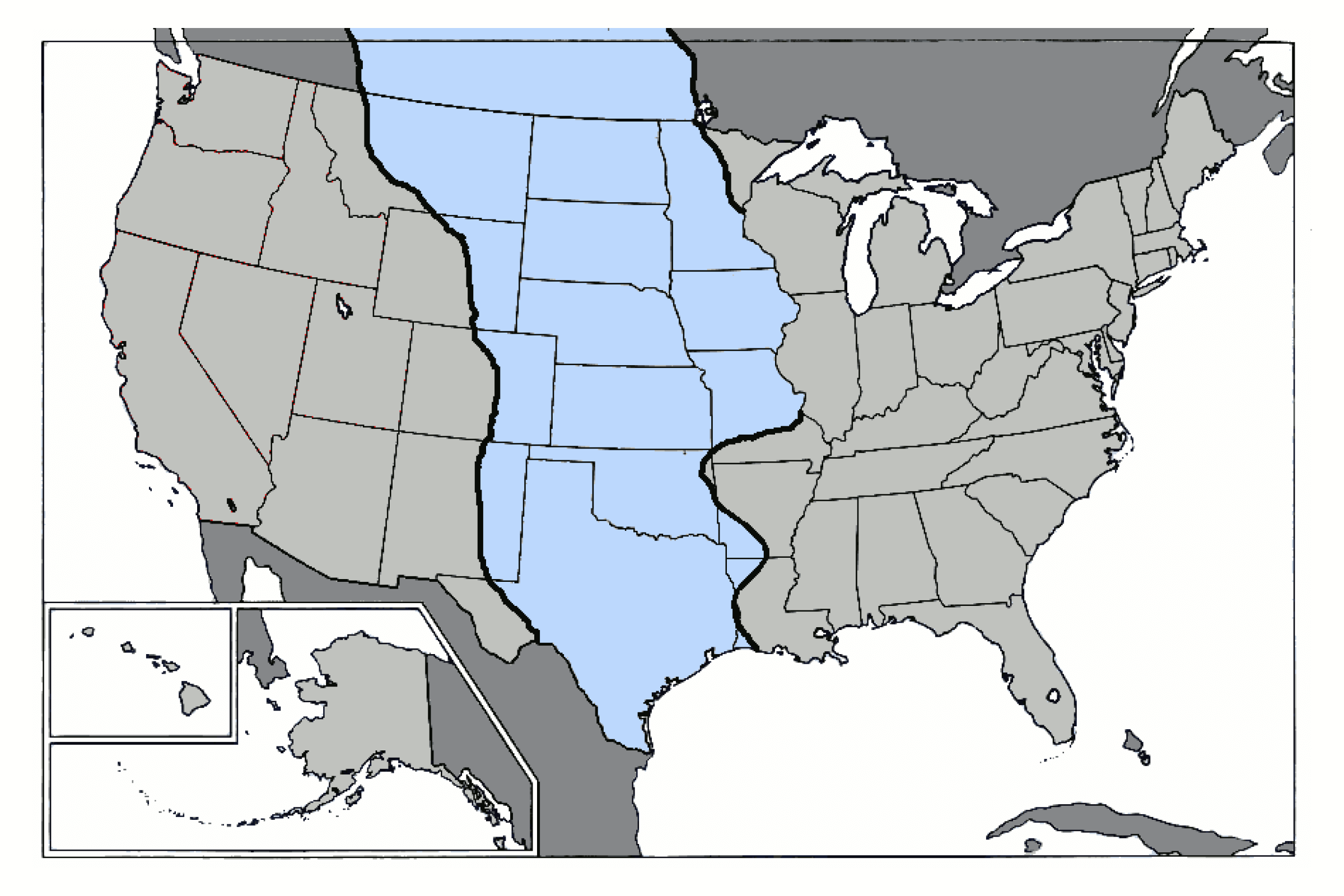 Outline of the Great Plains

Despite this extensive history, the Dust Bowl led to a mass exodus, and millions of acres of land have depreciated over the last 90 years.

This wind map created by the NREL shows a direct correlation between the Great Plains and U.S. wind power patterns. It makes sense the Dust Bowl occurred here as the wind is stronger than anywhere else in the continental United States. 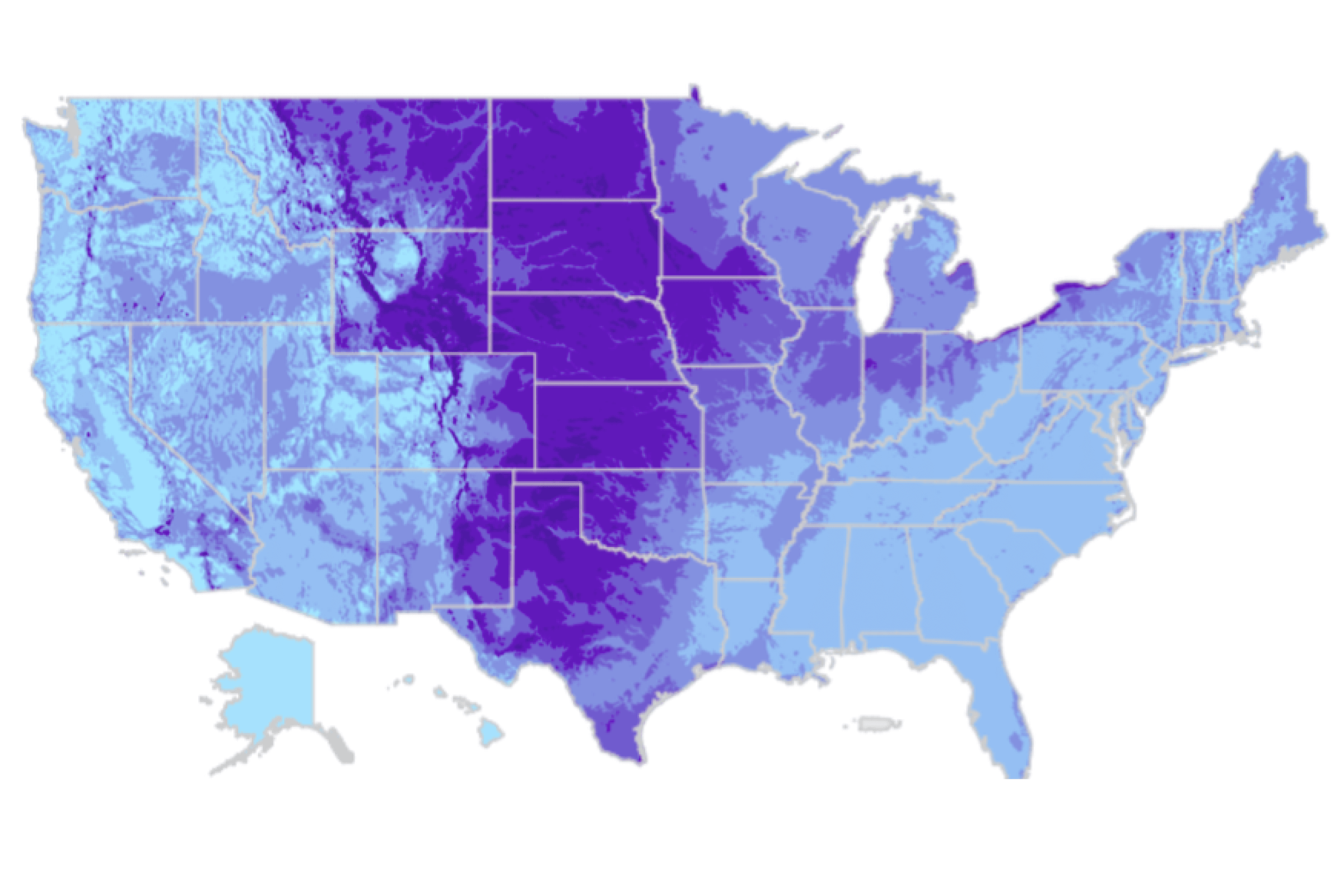 Coincidently, where wind power is the strongest, communities never fully returned after the Dust Bowl, so the landscape has depreciated and instead of thriving grasslands generating clean energy for the country, there is empty infertile land. 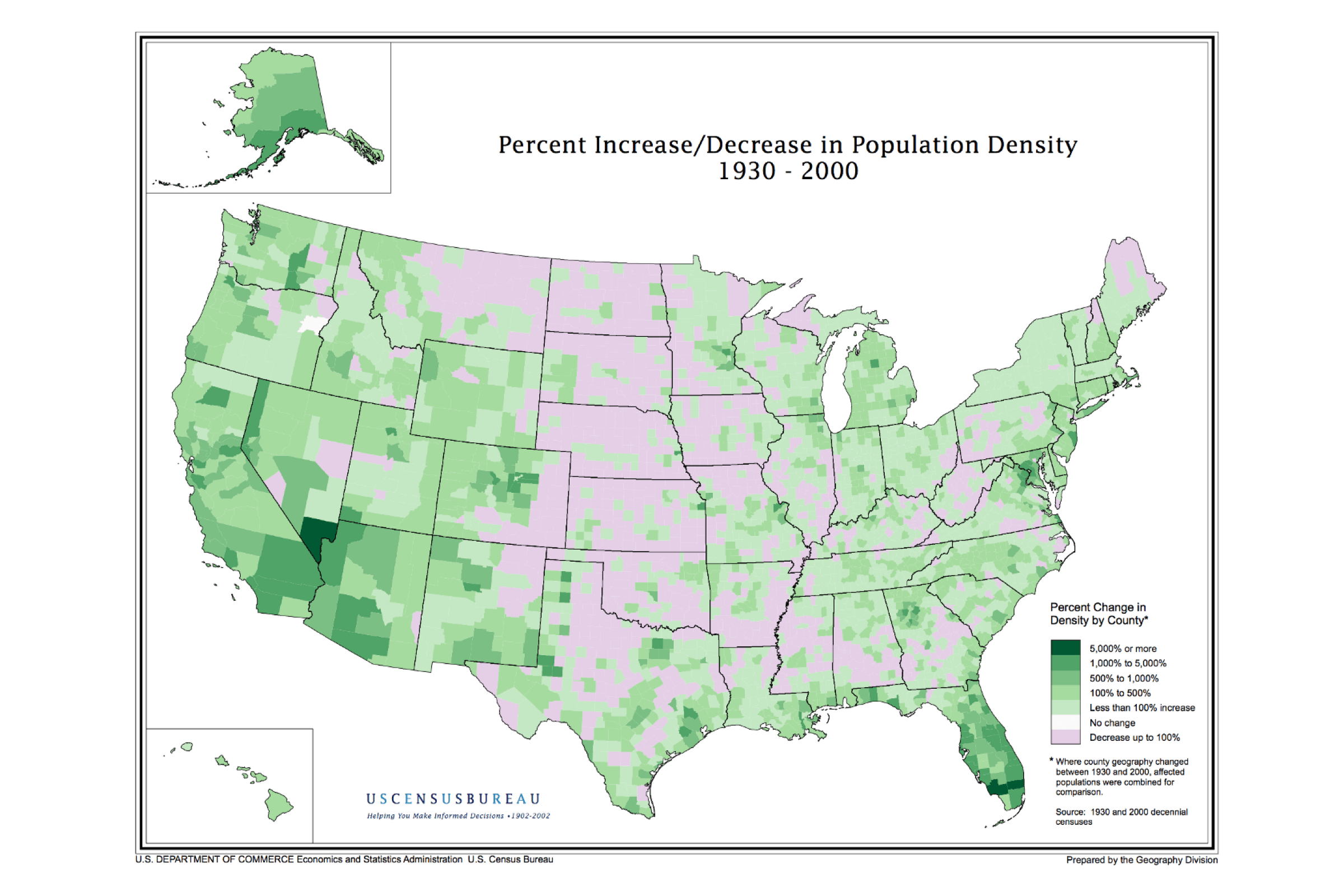 The Tragedy of the American Bison

There is another major factor that changed in the century leading up to the Dust Bowl. About 150 years ago, nearly 30-60 million bison roamed the Great Plains until a mass slaughter began in the early 1800s. By the late 1880s, fewer than 1,000 bison remained. 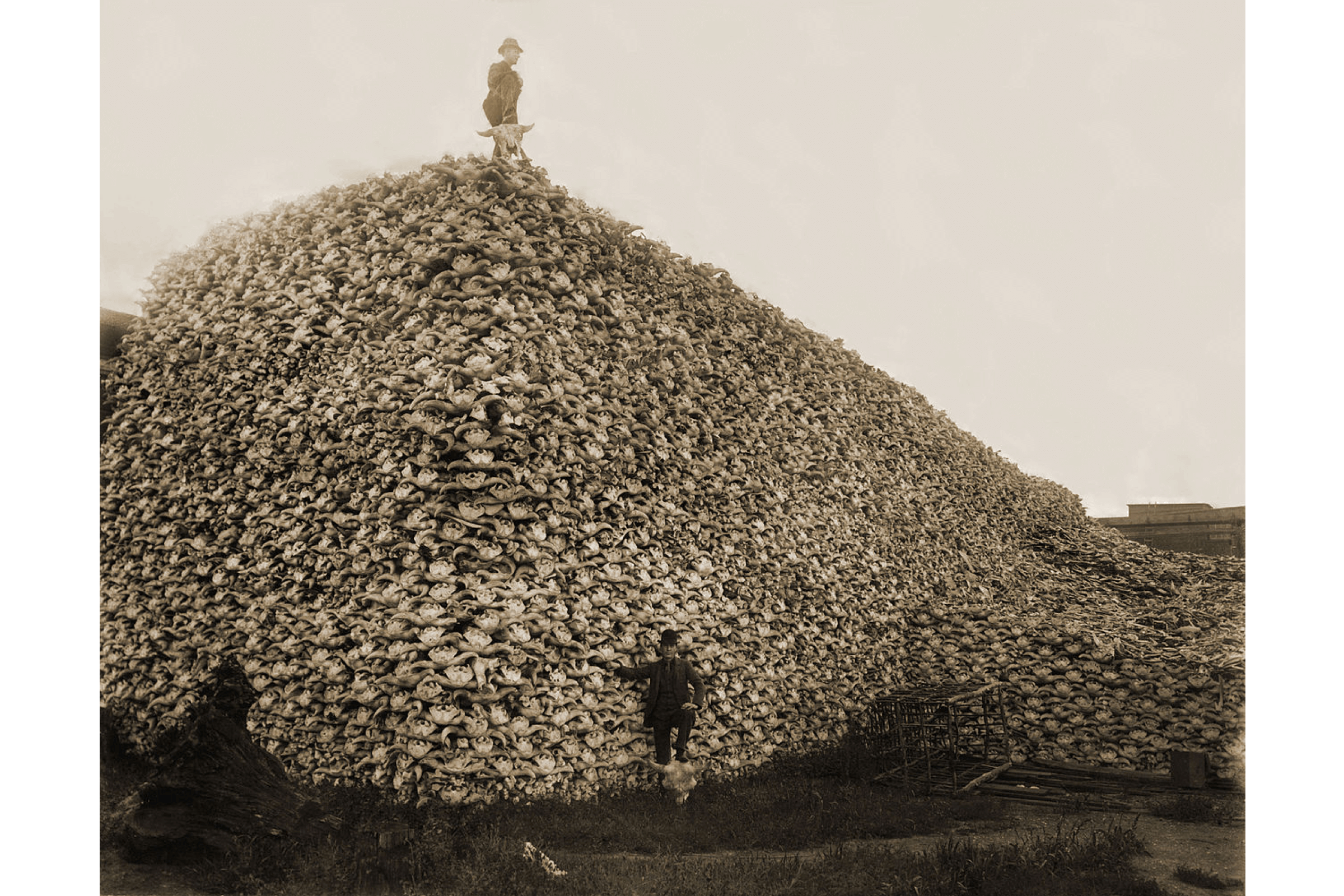 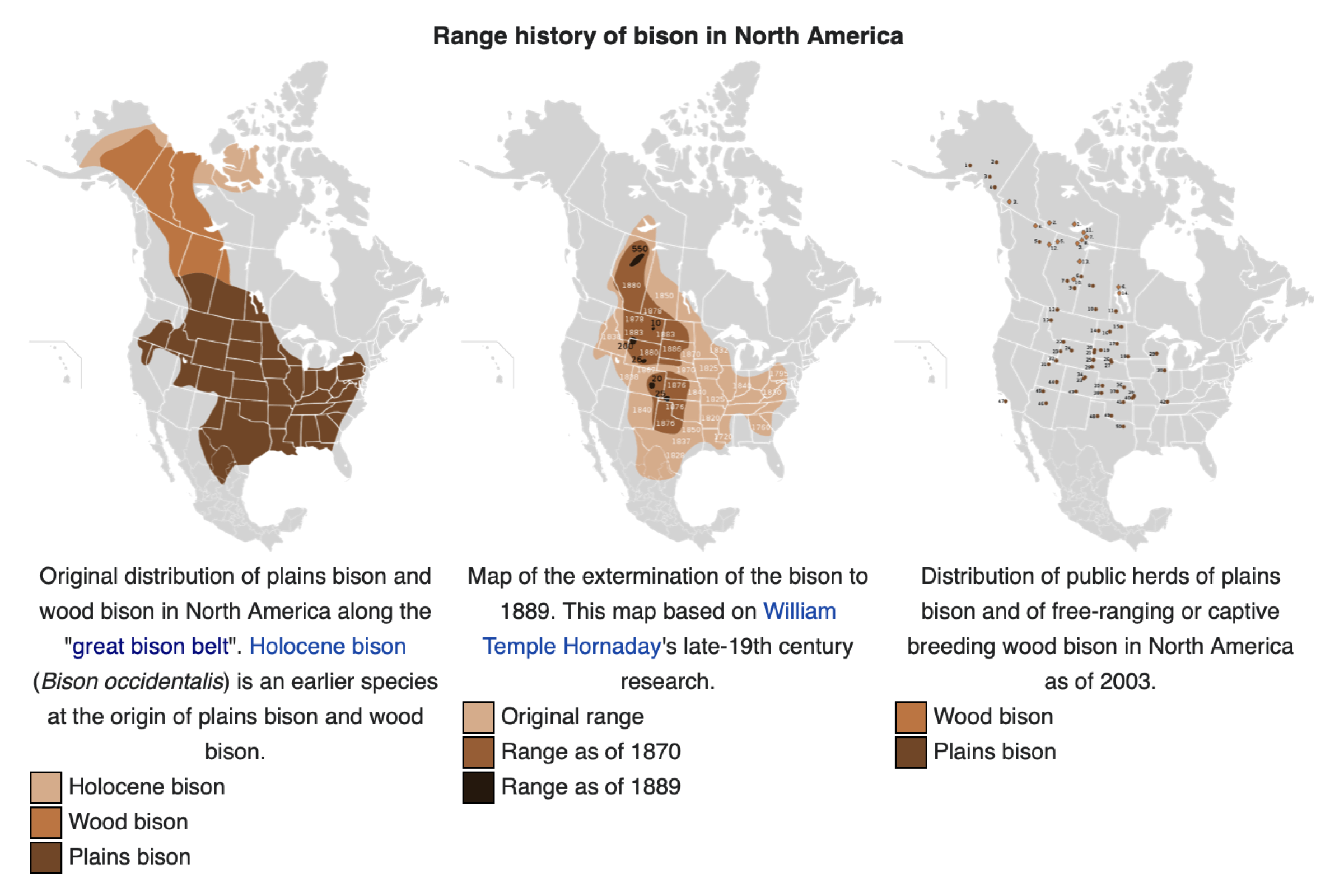 Bison create favorable habitats for a variety of animals and plant species in the Great Plains.

Bison are a keystone species. When foraging, they aerate the soil with their hooves, which aids plant growth while dispersing native seeds and providing nesting grounds for birds and prairie dogs. They pack soil into holes in the ground known as wallows, which fill with rainwater and offer breeding pools for amphibians and sources of drinking water for all wildlife. In the winter, bison create pathways for animals like pronghorn antelope and elk, making it possible for other animals to reach grasses that would otherwise be unattainable. 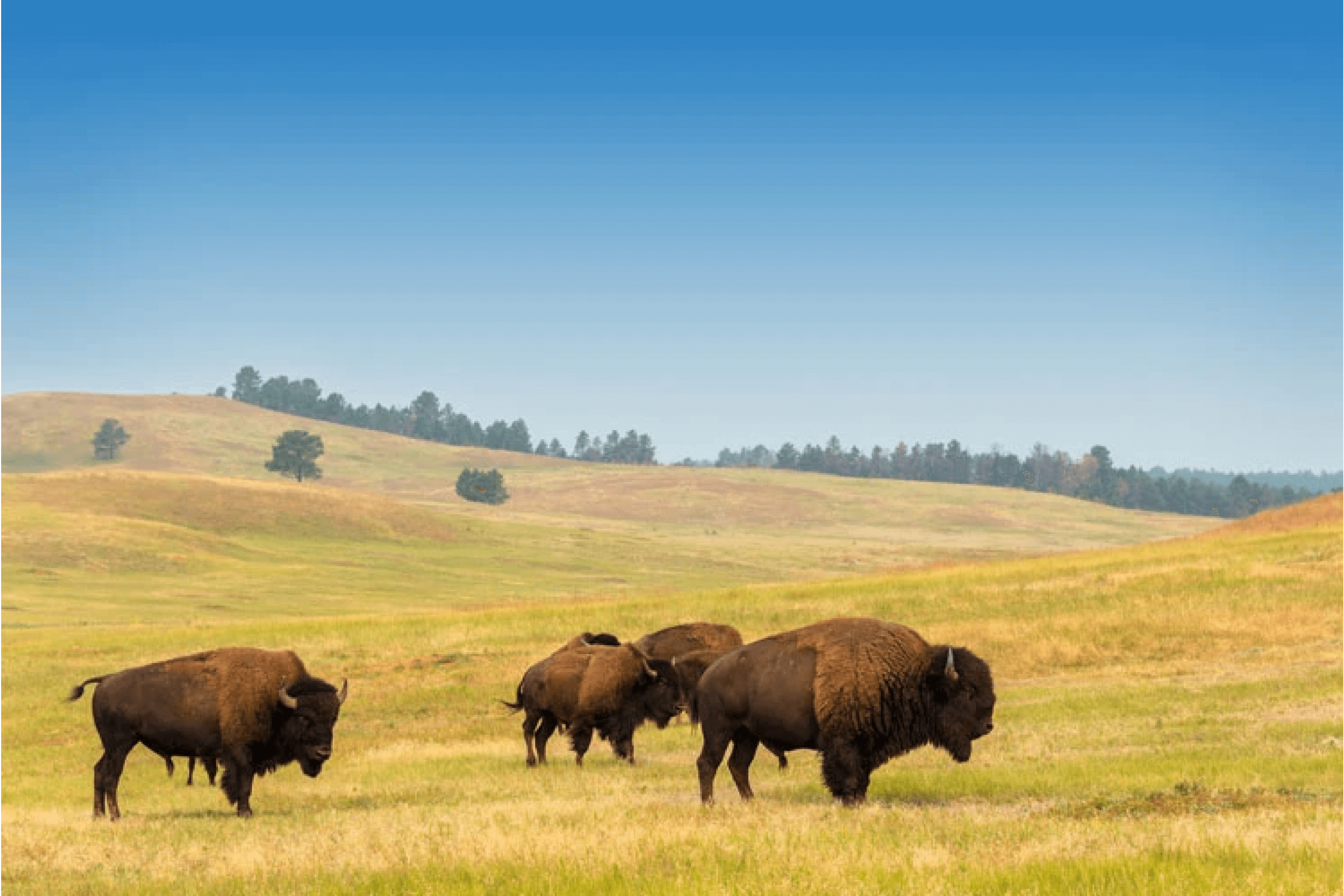 It's not a coincidence the Dust Bowl occurred where the buffalo herds had roamed, after they were gone.

Depreciating farmland in the U.S. is a growing opportunity to acquire land at a favorable price to generate substantial monetary & cultural value with renewable technology while replanting native forests and grasslands to regenerate soil health + improve air and water quality. 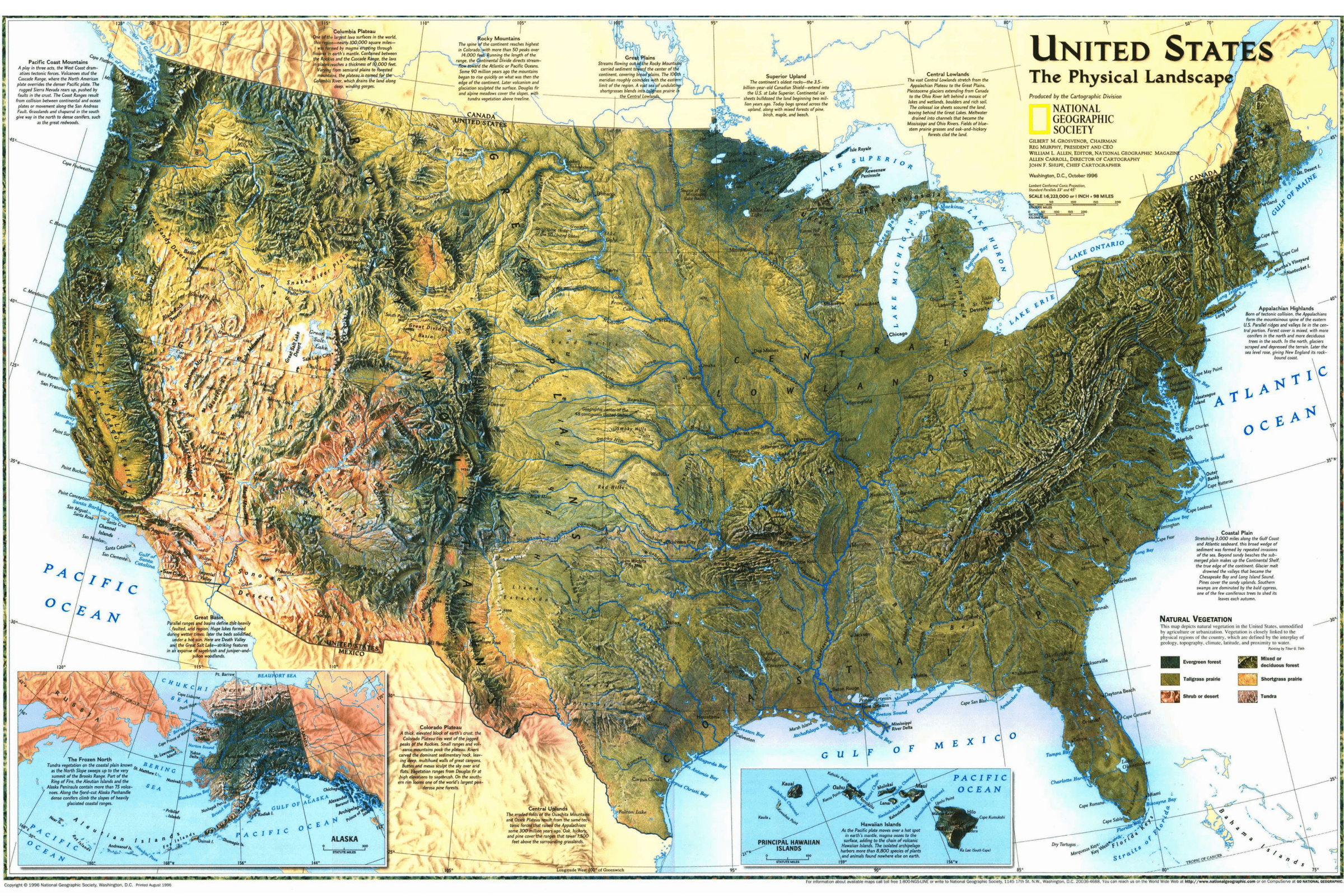 It will be important to work with and listen to native & local populations that have great knowledge and respect for these ecosystems. Interestingly, there is a high density of farmland overlapping with the Great Plains, many of which are struggling and for sale. 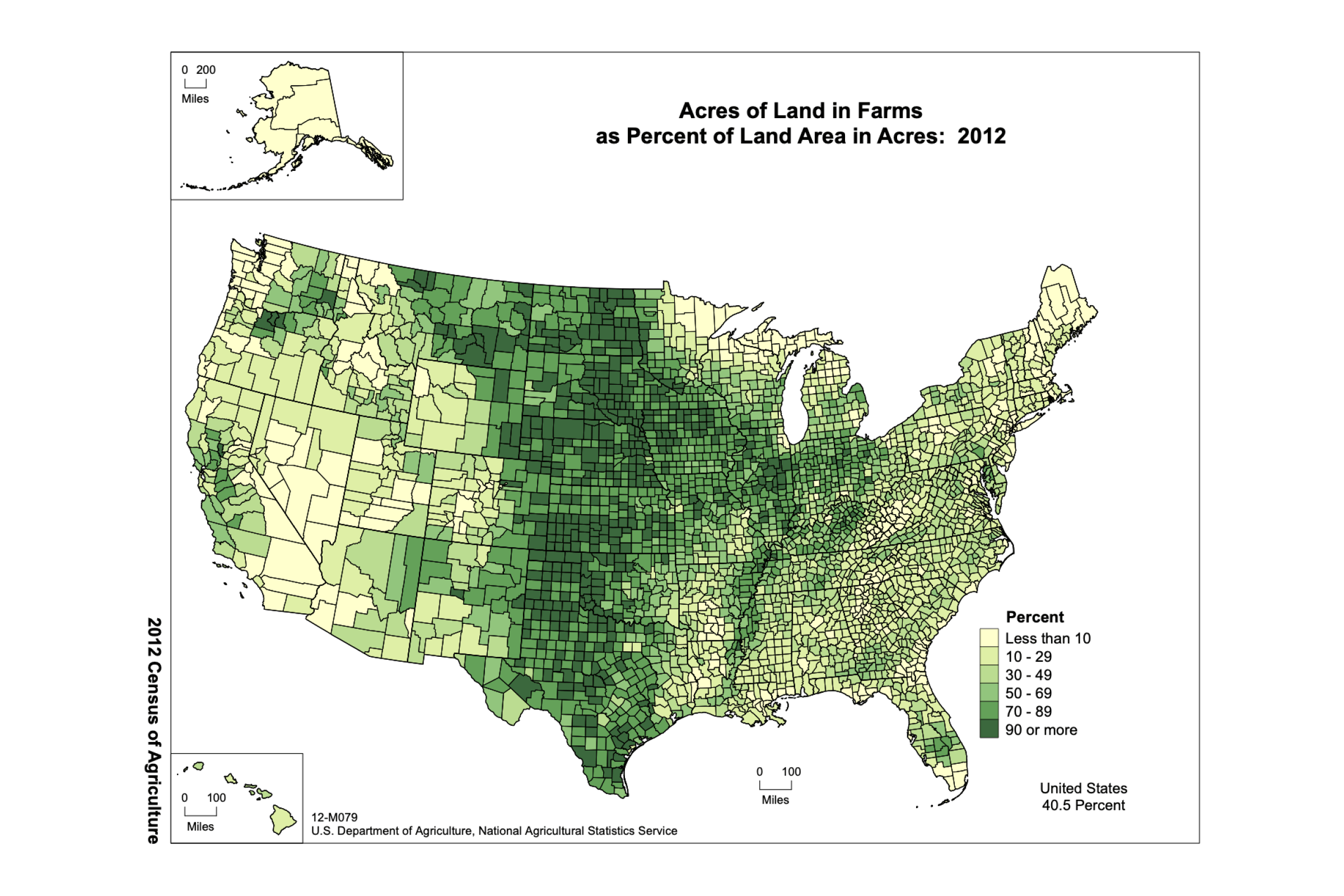 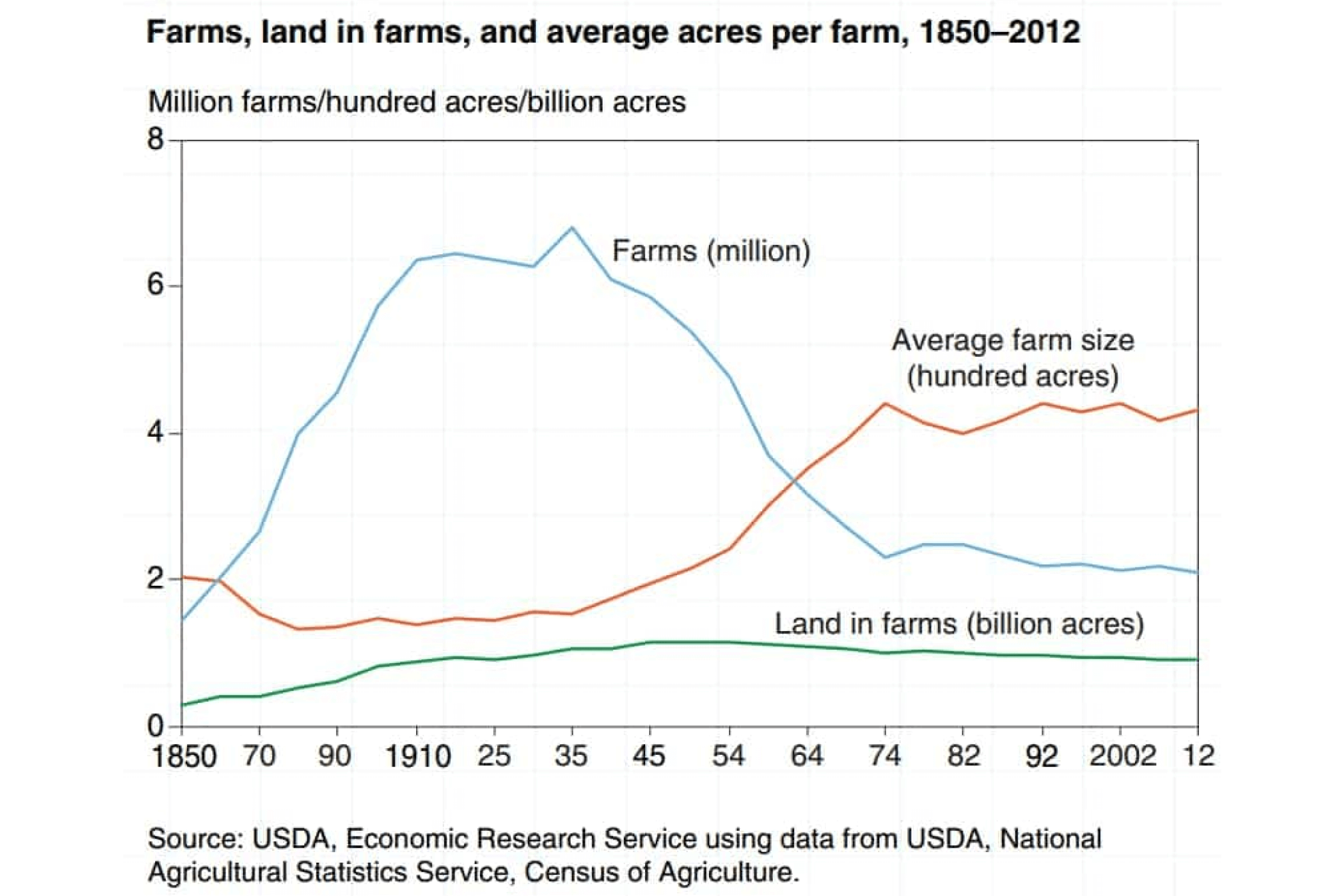 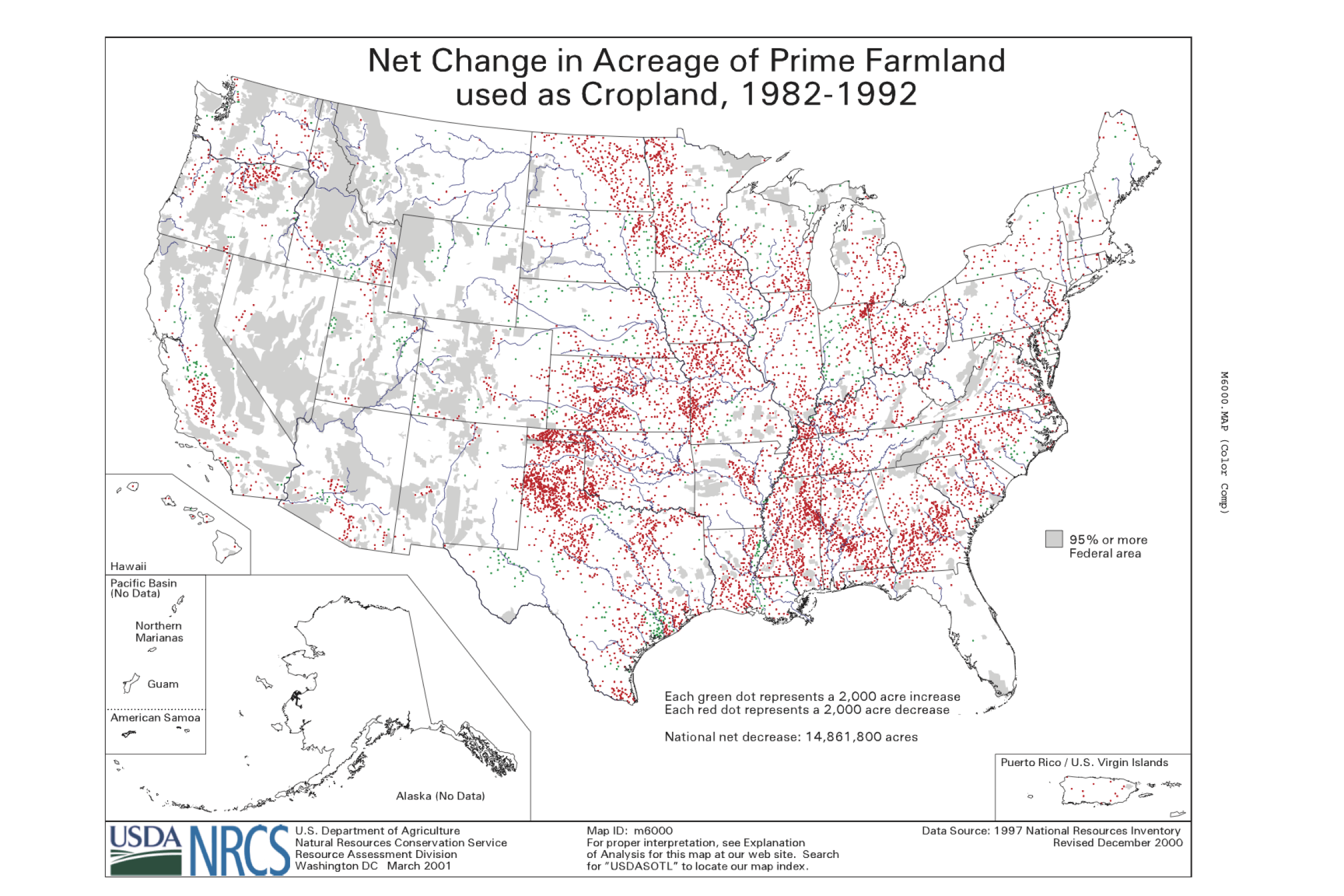 There are known difficulties, including energy grid transmission and a variety of political issues that will be encountered. Ultimately, the downside of continuing to emit carbon + pollution from dirty energy sources at the current rates and allowing our topsoil to depreciate has a cost far greater than most Americans imagine. As the Dust Bowl has shown, when newcomers make drastic changes to ecosystems formed over long periods of time before their arrival, there are often large and unexpected consequences that can last for generations. 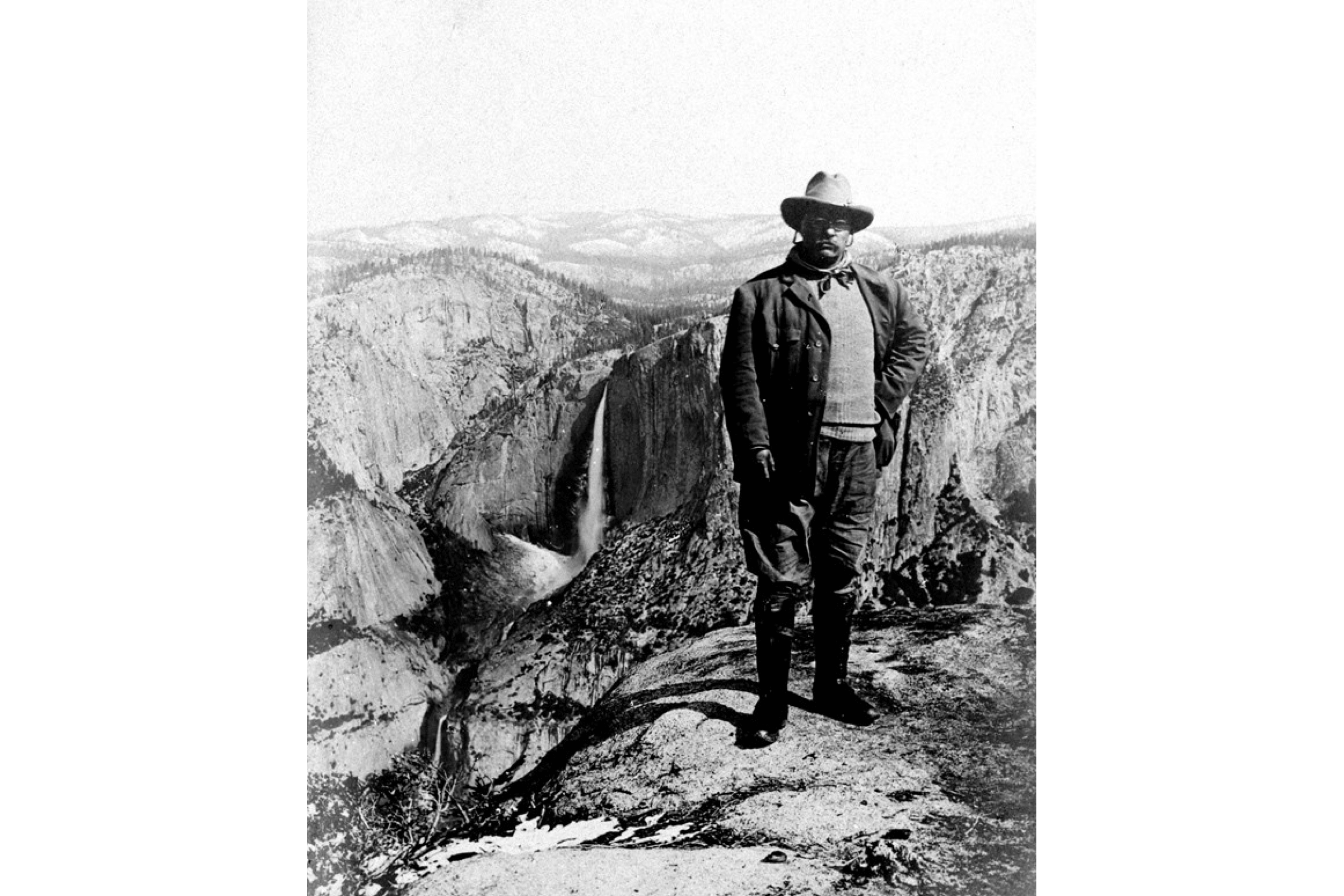 “Of all the questions which can come before this nation, short of the actual preservation of its existence in a great war, there is none which compares in importance with the great central task of leaving this land even a better land for our descendants than it is for us.” - Theodore Roosevelt 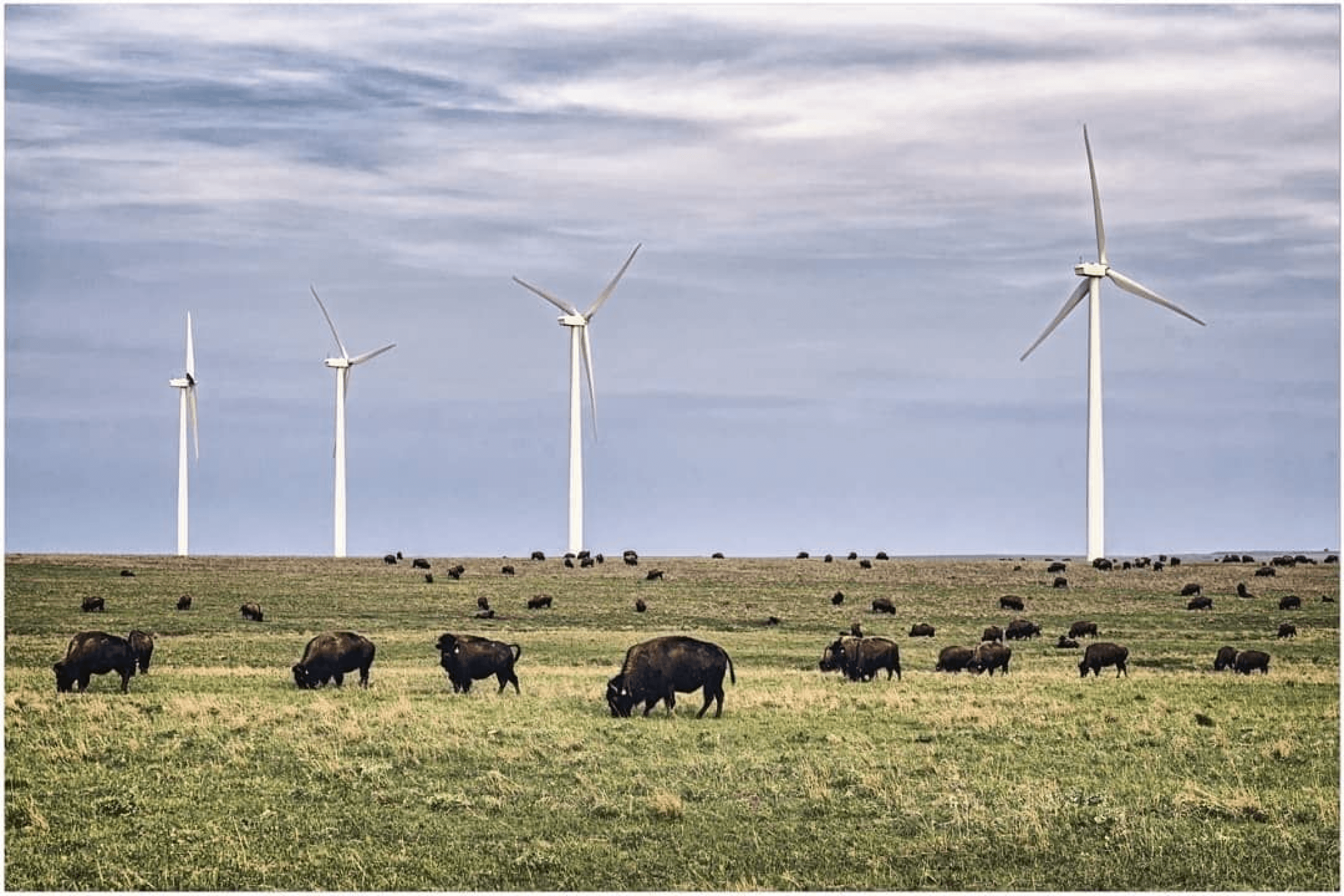 We have a chance to collectively invest in America's future.

Restoring America's Great Plains is a responsibility and opportunity.

Each long-term investment you make on the platform supports a commitment to reducing carbon emissions and accessible land restoration. Interested in learning more? Request access to get started.

Stay up to date on weekly product news and climate investing trends you won't find anywhere else.

Questions? Drop us a line.